This is Kayleigh's page.... 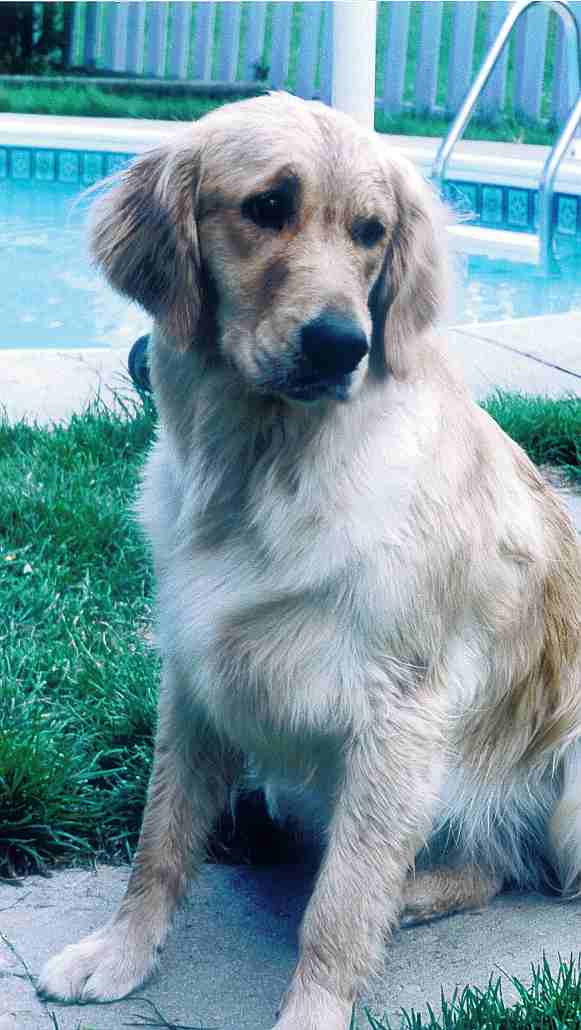 Kayleigh's registered name is Arjaygold's Kayleigh Chrysta CD WC. She has one leg of her CDX and has also been in the conformation ring. Doug calls her his "Little Princess" and hopes to put a JH (Junior Hunter) on her in the future. When Doug is done playing in the field, they hope to finish her CDX. Mom and Dad had all her clearances done (eyes (annually), hips (OVC, OFA, and PennHip), heart, thyroid, and elbows) and she passed everything with flying colours! 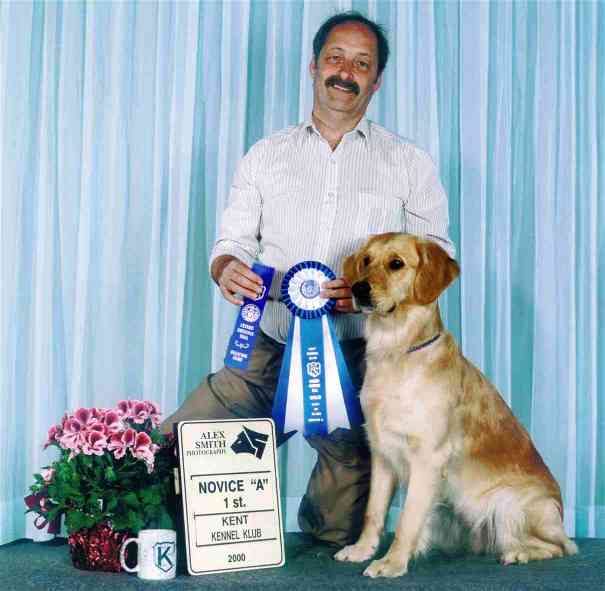 On , Kayleigh had her first litter (photos on our Past Litters page). The sire was Am Can Ch Starquest Blmswd Earthshakin ("Richter"). Richter is out of Ch VanReel Magnum of Stonecrest x Ch Faera Starquest Keep Dreaming. Out of this litter, they kept Emerson (Ch Quinleighblu's Emerson Patriot CD). 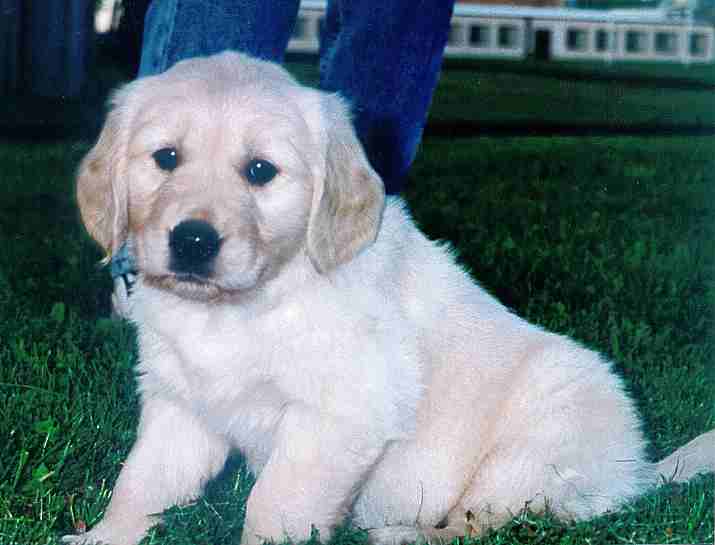 Kayleigh as a puppy

Kayleigh's second litter (photos on our Past Litters page) was sired by Keegan (CH. OTCH. One Ash Dallas Keegan QL Can WCI JH VC CGC Am CDX WC). This great litter was born on December 1, 2001 and they kept Denver (Quinleighblu's Denver Milehigh) out of that litter to carry on these awesome lines. Denver's brothers and sister, including Tracker, are active in obedience, flyball and fieldwork. Tracker is quite the star...he has been in Pedigree commercials, TV movies, CIBC ads and some telephone company commercials in the US.  We are all so proud of him!


Kayleigh's Pedigree
Well Kayleigh may be a vetran, but she sure isnt slowing down!
We are proud to brag to everyone that Kayleigh and her best buddy Hayley have been competing in Junior Handling!
They have been doing so well, they even went to the Nationals!!!!
Check out this picture!  Dont they look pleased with themselves!

Kayleigh was diagnosed with renal failure in March 2010 and we were told she had 3 to 6 months.
Right to the very end she was dancing and prancing in the front yard with Helen every day!!
Kayleigh was our foundation bitch and Doug's Heart dog.
She celebrated her 13th birthday and then went to play with Quincey. Blue and Zoe.
She is missed  everyday